Hi there! My name is Conrado Laje, and this is my journey into getting better at Game Audio. My first step, is trying to make a rounded and fully playable game, for the purpose at improving my skills at programming and logic in Unreal. Hope you enjoy as much as I did!

After a very successful launch with Blue Fire, the Robi Studio’s director Gabriel Rosa, Executive Producer Mariana Rosa and myself put together a 1 year development plan with the purpose of getting the very best of me. They started with a very simple question: “Who you would like to be in one year?”. Seems a simple question, but that keep me thinking for a while before I answer them. At first I took a look at some of my biggest influences: Martin Stig Andersen, Damian Kastbauer and Guy Whitmore. If you are reading this, and you have been intrested in Game Audio for a while, you should know about them probably. If not, I beg you to take a look at them, all of them are incredible in their areas. I have many more influences and men and women working in this incredible industry that I take a close look at what are they doing, but the three of them where the first one’s i think about when I had to answer.

Then I realized something interesting. All of them have a very interesting mix of Sound Design and/or Music Composition skills with strong technical capabilities; at least according at the not so much articles and podcast’s that I’ve read and listen about them. Realizing that made me think about my journey till this moment.

I arrived to Robi Studio’s two years ago as a simple and not so experienced  Sound Designer, coming from film school, and only with a grasp of knowledge of Game Audio and Wwise. From that moment at this point a lot of things happened… In reality one thing happened: Blue Fire.

Working in Blue Fire from pretty much the very start till the launch in all platforms (Switch, PS4, Xbox, Steam, Stadia) was the most challenging and rewarding expirience I had… like.. ever. Started doing some footsteps and static ambiences, and then at the end mixing more than 1400 sounds and managing complex systems and implementations. When I realized, I was building dynamic systems with Blueprints in Unreal. All possible because of the patience and friendship of Mariano Sosa, out lead Programmer, who guide me in my first attempts at building something on my own.

There’s some phrase that I remembered hearing  that goes like “The best sound is as good as it’s implementation”, and in time, I learned to appreciate that phrase very much. That moment my desire to be a Technical Sound Designer began.

After a series of meetings with Gabriel and Mariana, we ended up with a full 1 year plan, that will help me make my expectations from myself true. The first step was to getting better at blueprints, and what way better than make a (very small) complete game on your own.

I will stop boring you with all this backstory and start with the proccess.

But the moment I move the camera, things went bad

After that, I get bored at the grey mannequin, and download some nice assets and animations from Mixamo, and implemented it

Not so happy with the jump animation, I made some small tweaks to the pose and it ended up looking like this

Some bugs along the way

I tried to hide the head so doesn’t interfere with the camera vision, with some unexpected behavior

And then, ended up with a working, but rough looking character that walk, run, jump, change camera perspectives, and shoot balls.

With that setup, I started to think about the game I was wanting to make, and made a simple box that destroy when overlapped by the projectile

Talking with my roommate, he remembered some old 2D flash game that had a falling ball that duplicates every time that it was hit, and I thinked that it would be cool if I was able to remade that.

Then I added some free ballon asset, and added a random rotation so it feels more responsive.

Then I created a Controller that has a invisible box that I place in the floor: When one of the balloons touches that box, the game is finished. It also manages the HUD counter of amount of balloons popped. 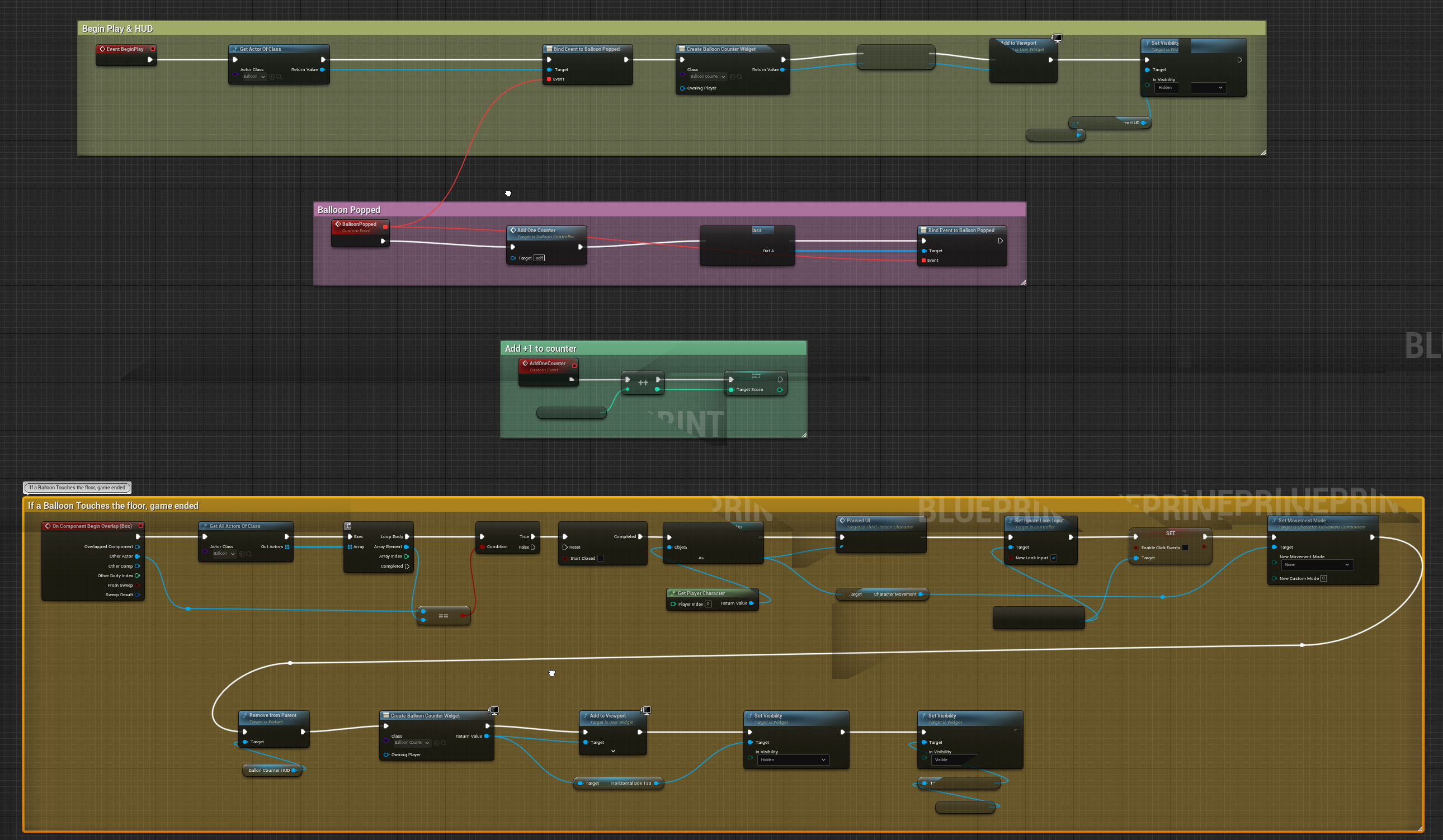 After that, I knew that i wanna do some simple menu, and started experimenting with loading levels from there. I created three levels, all with a different simple shape so I was able to see if it worked.

I get bored of the grey and downloaded some free materials, and implemented them. Then I made a version of the balloon that follows the character. The Blueprint after some iterations look like this.

One of the most challenging things I’ve done in this project, was to build an “offscreen warning” for the balloons, when they are not in the screen. I made it work pretty well, and also works scalling the warning image relative to the distance of the balloon, and adjusting it’s rotations to match the side of the screen. 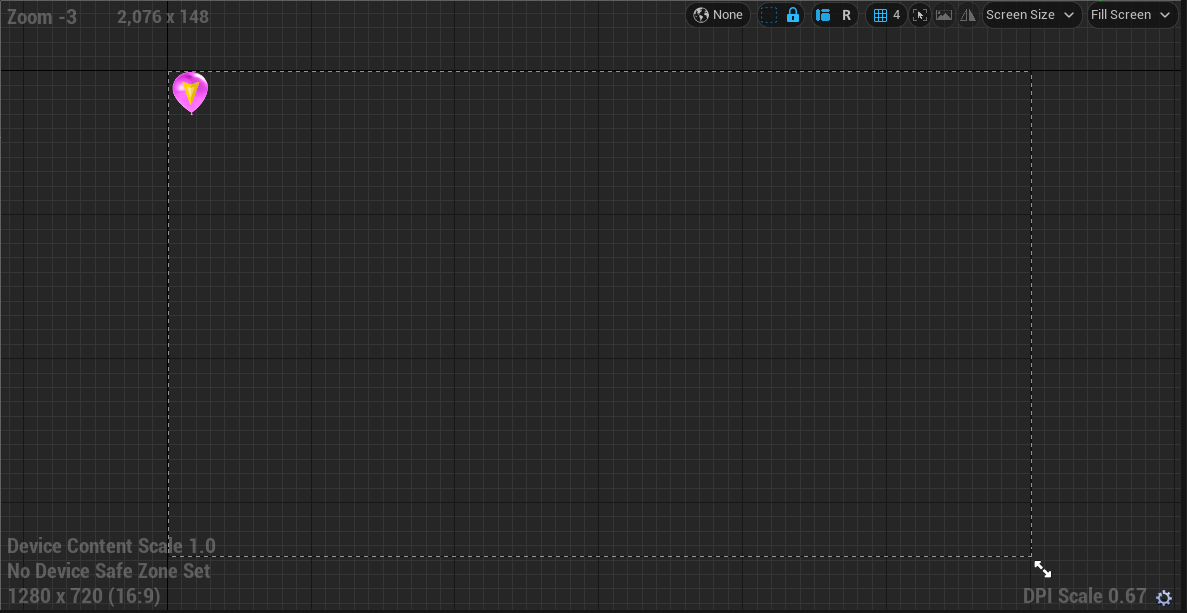 At the end I made a controller that spawn the Balloons at a certain accelerating rate, and then implemented that if touched by one, the player dies, selecting randomly 1 of 4 different death animations, and finally spawning a menu that offers you to go back or replay the level. 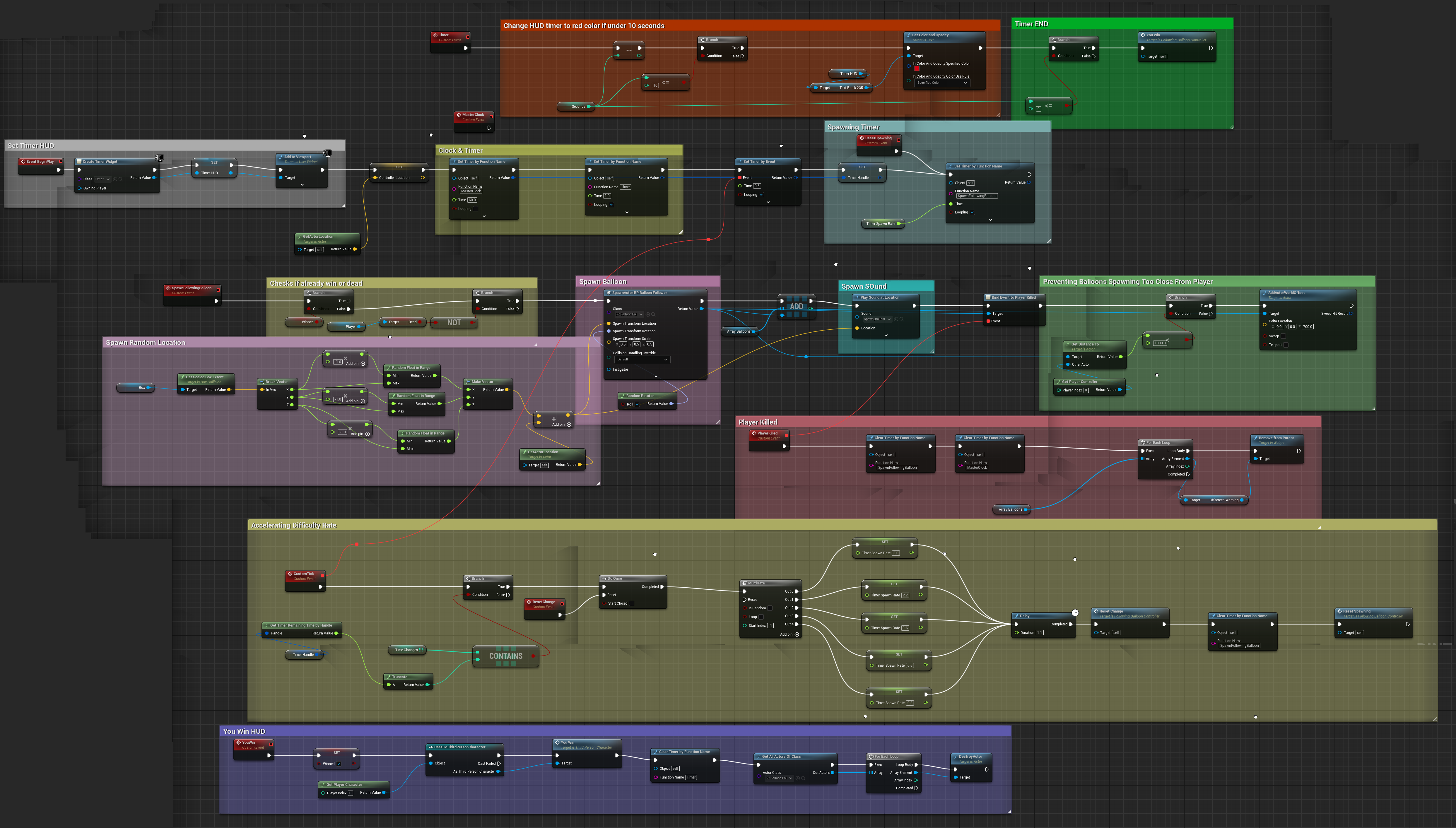 Then I realized that some ballons where spawning at a very short distance from the player, and killed it almost instantly. So I worked on a small fix that, if the balloon was spawning at less than a certain distance from the player, it would add to it some vertical axis vector value, resulting in a sort of blank space box or bubble around the player. For the final touch I added a simple HUD that displays a 60 second timer that goes red on the last 10 seconds, and if you reach to 0 having not died, a “You Win” menu is displayed.

After forcing me to not do any sound implementation until the game is ready, that moment came. I extract some Zurg’s gun sounds with Izotope RX, and some record some balloon pops, and implemented them. Nothing fancy, just to have at least a few sounds playing.

And finally, after working on this project for a few weeks in my spare time, it was ready. At least for now. A game with a main menu that lets you play 3 different levels, with two different mini games. Here, the final game!

I’m more than happy with the result. At first it was going to be a much simpler mini game, with nothing more than the default mannequin, but my drive to make something fun to play and fun to see made me ended up scaling a bit the scope. I regret nothing. I ended up learning tons of different things. Specially communication between actors, Widgets, and some simple Arrays and Maps things, to manage level selectors, and balloons spawners. Till the next time!!

Hi there! My name is Conrado Laje, and in this post I will show how I made a musical timer “clock” sound using Callbacks in Wwise.

Hi there! My name is Conrado Laje, and this is my journey into getting better at Game Audio. My fourth step consist in build an utility system for mixing audio and test mixing ideas. Hope you find it intresting! 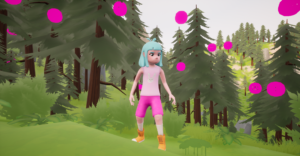 Hi there! My name is Conrado Laje, and this is my journey into getting better at Game Audio. My third step consist in build a dynamic ambience system. Hope you find it intresting!